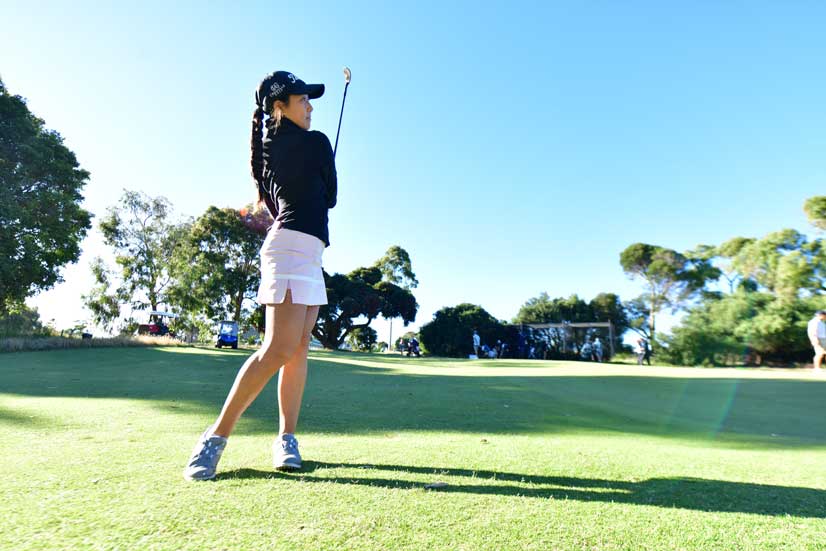 The Final Round did not disappoint with the men’s and women’s championship coming down to the wire.

The Women’s Championship leaderboard was close at the 9 hole turn, with Justice Bosio having 4 birdies in the front nine to get only two shots behind Lion Higo. She was closely followed by Stephanie Bunque who was able to claim the runner-up at 4 over. Despite this last-minute charge, Lion was able to have 3 birdies over the last three holes, to finish at 2 under par. Lion now plans to head over to Pepperdine University (in California), where the 2020 Green Jacket Champion, Sahith Theegala, completed his studies.

The Men’s Championship leader was constantly changing between Lukas Michel, Ryan Thomas and Konrad Ciupek. Despite the last-minute charge from Konrad and Ryan, Lukas Michel was still able to handle the pressure and claim the 2021 Men’s Championship at 6 under. Including 3 birdies in the last 4 holes, to ensure he would wear the coveted green jacket at the end of the day.

Despite the challenges of COVID-19, the Australian Master of the Amateurs was still able to display Australia’s elite amateur talent at the world class Victoria Golf Club. 2022 will be an important year, being the 25th anniversary of the Men’s Championship and the 5th anniversary of the Women’s Championship, we look forward to welcoming back our international players to compete in next years tournament.

Back to previous page